A New Twist in the Local vs Imported Food Debate 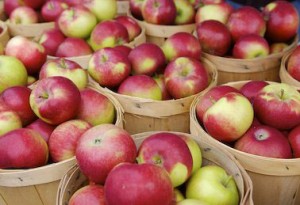 An article in the Independent caught my eye this week. It challenged the food mile philosophy of that which is transported over distance is more damaging to the environment than more locally grown varieties.

Defra (Department for Environment, Food and Rural Affairs) has released findings on research into the food mile philosophy to test if measuring on transport alone is a fair indication of ecological impact or whether we should be focusing more on the amount of energy used to produce them. A fair point to consider; many UK consumers now are savvy enough (or at least we thought) to choose a Kentish apple over a Brazilian one.

But this new report highlights a few hard to avoid facts. In energy use and carbon emissions British grown strawberries and tomatoes fare worse than Spanish grown varieties which utilise the country's constant sunlight to ripen. Lamb from New Zealand is more sustainable than British lamb because the kiwis use less feed supplements and don't need to heat farm buildings. A few fruit and veg we came out on tops with were Israeli potatoes and New Zealand apples.

Jeanette Longfield, co-ordinator of the food and farming pressure group Sustain, told the Independent: ‘My worry is that people will throw the baby out with the bathwater, and say we thought local was better and now it's not. It is complicated, and it's the job of government and industry to plough through the complexity to ensure that we don't have unsustainable products in our shops, irrespective of where they happen to come from.'

Defra is set to release a set of sustainability indicators for food at the end of 2009 in an effort to reduce our nation's emissions from food production. We'll all be waiting to hear what they have to say with bated breath I'm sure!
Posted in Eco Issues General In The Press By