Biofuels – The Renewable Energy Starving Our Forests and Our People 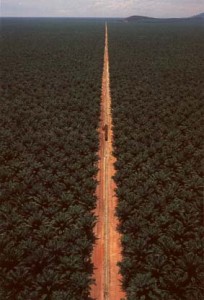 There is no denying the devastating effect fossil fuels, such as coal and oil, have on our environment. Though we are still heavily dependant on them, at least we are now changing our approach to energy usage by searching for alternatives that lower our carbon emissions and nature destructing ways. Biofuels, have until recently, been thought to be a suitable replacement for fossil fuels - renewable, clean, carbon neutral. Unfortunately this is not quite the truth.

Crops grown for biofuels need very large areas of land to produce energy. This type of agriculture is called monoculture and hugely upsets the biodiversity of our earth's vegetation. It clears lush forests abundant with thousands of species of plants and animals to make way for one plant crop. Only 2% of the rainforests in Indonesia and Malaysia will be left by 2025 if we keep clearing the land to make way for monocultures to support our fuel requirements. The amount of carbon sequestered by a dense rainforest filled to the brim with plant diversity is greater than a land covered in sugar cane.

Also each crop planted has a different effect on the soil. Some crops are known to rapidly increase soil erosion and exhaust many of its minerals particularly if they are not rotated with other types of plants. Also the pollution created in the farming and production of biofuels can be on par with fossil fuels.

Finally, one of the biggest concerns with biofuels is that they are diverting crops, like wheat, sugar and corn which have traditionally only been grown solely for food, to produce fuel. As the percentage of supply for food goes down and the demand from an ever increasing population goes up; unfortunately, so too does the cost of food.
Posted in Eco Issues General By