Carbon Trading: What is it and who's doing it? 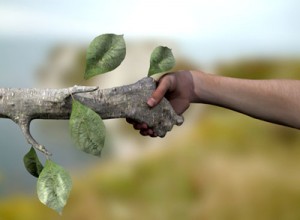 A number of carbon trading schemes have been set up by governments and companies around the world in the last five years in an effort to curb climate change. The global carbon market was worth US$125 billion in 2008 and as you might imagine with the threat of climate change becoming ever so urgent, this value is sure to increase. Hence, it's important we all know what's carbon trading is and who's doing it.

Basically, a carbon market allows a polluter to buy the right to emit greenhouse gases (i.e. CO2). The carbon trading schemes incorporate a carbon limit by which companies and countries must not exceed. If they do exceed these limits they must do one of two things. Either buy allowances from other polluters who have not used all of their up or they can buy carbon offsets from projects outside the scheme (and often in developing countries) which avoid emissions (think reforestation projects in Nigeria).

The Kyoto Protocol is perhaps the most well known scheme. Launched in 2005 it includes 37 nations (not including the US) and covers all six major greenhouse gases. Its target was to reduce emissions by 5% by 2012. This expires in 2012 but countries are hoping to sign a new pact in December in Copenhagen.

The European Union Emissions Trading Scheme was also launched in 2005 and includes all 27 EU member states. This scheme's target was cut 21% below 2005 levels by 2020. Each country is given a quota of carbon emissions, which they allocate to industrial polluters.

The Voluntary Carbon Market in Japan was launched in 2008 and covers the countries energy producer's carbon emissions. Companies buy and sell allowances to stay within their voluntary targets.

The North-eastern U.S. states' Regional Greenhouse Gas Initiative (RGGI) was launched in January 2009 and incorporated power plants in 10 US states. Its target is to cut emissions by 10% below 2009 levels by 2018.

Beyond these established carbon market there are a few trading schemes in proposal stage. The Australian Carbon Pollution Reduction Scheme would aim to reduce greenhouse gases by 5-25% below 2000 levels before 2020. The U.S. federal climate change bill would aim to cut CO2 on 2005 levels by 17% by 2020. The U.S. and Canadian Western Climate Initiative aims to cut 2005 levels of greenhouse gases in the power plant and transport industries by 15% by 2020. The New Zealand scheme has yet to set a target by would include forestry, electricity, transport and agricultural waste.

Experts say the Australian scheme is the most promising yet, though it's still not been passed by government I'd have to agree but being an ozzie I'm somewhat biased. Needless to say the more progressive all nations become in the targets they put in place to fight climate change, the better off we'll all hopefully be.
Posted in Eco Issues General By