Children Under 7 More Vulnerable to Pesticides 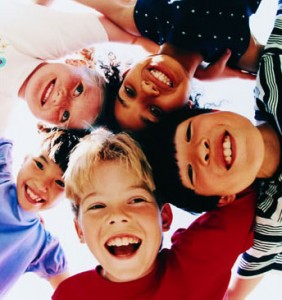 Researchers at the University of California have found that children up to the age of 7 are more susceptible to the toxic effect of some pesticides. The reason being they lack a particular enzyme called paraoxonase which helps to protect most of us from some of these toxins by neutralizing and then eliminating them from the body.

This enzyme increases as we grow but it does take those young formative years to be effective in helping the body fight off toxins. Organophosphate pesticides are the prime suspects; extremely toxic and banned from home use they are still used widely in agriculture.

These pesticides affect the nervous system of insects but could also have a similar effect on children. Studies have shown that mothers exposed to the pesticide during pregnancy have children with significantly lower IQs.

It's not just kids that are more susceptible. A person's genes can determine how affected they are as genes are responsible for deciding how effective the enzyme is at breaking down the toxins. Variations of the paraoxanase gene will affect the quantity and quality of the paraoxanase enzyme and thus a person's natural ability to fight the pesticides.

Our best defence is to avoid pesticides where we can. Go organic and grow your own, make your own. It's the best way to avoid these body disruptors.
Posted in Eco Issues General In The Press Organic Baby By