MUSE For A Cooler Planet 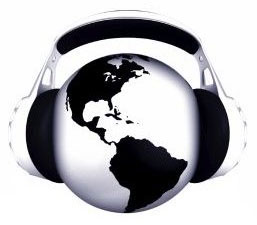 MUSE stands for Musicians Unite to Save the Earth.

Cool Our Planet is the organisation trying to create a new POP culture (that's Preserve Our Planet culture) by way of musical and artistic expression in the MUSE campaign. They encourage music fans, artists, poets and filmmakers to create a piece or write a song about protecting our rainforests and oceans to help fight climate change by inviting people to upload their stuff onto their website.

It's not a bad campaign to be reaching people of all ages, cultures and musical tastes. Just about every genre of music is covered already on the green front - you may just not have heard all the songs yet.

Thom York of Radiohead released his track A Clock which features lyrics ‘time is running out for us, but you just move the hands upon the clock, you throw coins in the wishing well' is a stab at big business and the political powers that be to address the issues head on and move a little faster. Elizabeth Meacham's Ecologos tune touches on a similar vain ‘if I made a story, I would lay bare our fantasies of grandeur and ease.'

For the teenage rockers Miley Cyrus's Wake Up America and Bad Religion's Kyoto Now both punch out powerful climate change lyrics. Canadian folk singer Andy Vine's Excuse Me Your Planet Is Burning is straight to the point.

There's also the earth mother Martha Tilston with her song Good World and the enchanting Tina Malia's Heal This Land. Caribou by Ellen Francis is another inspiring tune. On the quirky end of the spectrum there's Olivia Chrestomanci's eerie song Encounters at the End of the World and Vermillion Lies circus-esque melody Global Warming.

Of course Michael Jackson's been singing it mainstream for years. We Are The World, Heal the World and Earth Song were written long before this eco craze kick-started when An Inconvenient Truth spread across the world. The lyrics from Earth Song in particular were an obvious forewarning: ‘what have we done to the world, what about all the peace you pledged, what about all the green that you said was yours and mine, did you ever stop to notice this crying earth'.

And then there are the parodies. Peggy Seeger's Bush Went To Kyoto and Erica Rowell and James Wang's My Favourite Things reach those who figure they may as well have a laugh when you give an eco sermon.

Song is but another way to be part of the solution - if you don't think you can write a tune, sing a tune. If only one other hears your hum, you're helping to spread the good green eco message.
Posted in Eco Issues General By