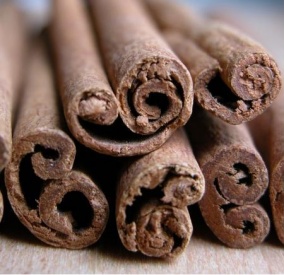 Cinnamon is a tree native to Sri Lanka and one of the oldest spices known to man. Given as a gift in ancient times to kings, queens and emporers, it was imported to Egypt as early as 2000 BC. The International Herald Tribune reported that Sri Lanka produced 90% of the world's cinnamon in 1996.

The cinnamon we use for spicing up our meals, teas and liquers, and as a sweet smelling ingredient in candles, soaps and moisturisers comes from the bark of this tree.


Cinnamon is very high in antioxidants which explains why it has been used as a remedy for the common cold. Its antimicrobial properties preserve some foods and helps stop the growth of bacteria and fungi, like the yeast Candida, in the body. 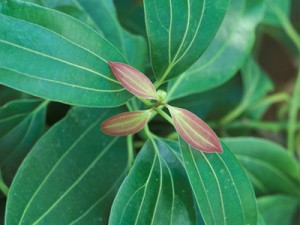 Traditional medicinal uses also include treating toothache and fighting bad breath. It is a common ingredient in many natural toothpastes and mouthwashes.

It is good for digestion as it helps to slow the impact on sugar levels as it slows the rate that the stomach empties after a meal. If you eat, say a cinnamon bun (high carbs = high sugar), it helps to normalize blood sugar levels and avoid the big sugar rush crash. Cinnamon is also high in the trace mineral manganese as well as dietary fibre, iron and calcium.
Posted in General By