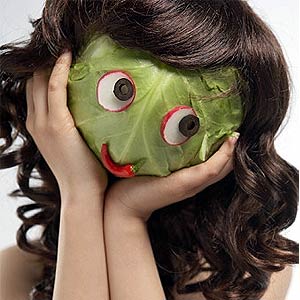 We sometimes have a vague idea about what something is and often we're pretty right. The problem is as our culture or society evolves so do the definitions of the terms we use. For example did you know there is now such a thing as a flexitarian... the evolution of a vegetarian perhaps?

A flexitarian is a mostly vegetarian diet with the occasional dabble in animal products. It's about eating less meat for health and ethical reasons. The Vegan Society says that as many as 45% of the population are now 'meat reducers'. Studies have proven that vegetarians weigh 15% less than meat eaters and suffer less from cancer, diabetes and cardio diseases. However if you want the health benefits of veggie diet (with the occasional oily omega fish thrown in) but don't want to banish any food group (summer bbq's can be a little hard to resist) then opting in and out of a vegetarian diet occasionally might be a good lifestyle choice. The Flexitarian Diet by Jackson Blatner gives further benefits as well as adaptable recipes depending on your carnivorous inklings.

If there's no way you could stomach meat and the thought of putting a lotion onto your skin that may have been tested on animals is too much veganism is likely a world you're familiar with. You're not alone - there are an increasing number of people becoming vegans every year. According to Defra 2% of the UK population are strictly vegan. And 2% of a 60 million population is quite a lot. A diet and lifestyle that excludes the use of animals for food, clothing, or any other purpose you would think is quite restrictive and un-fun if want of a better word. But with so many more people adopting a ‘no animal' stance there's naturally going to be more product and menu options available. The amount of vegan skin care and make up products available is evidence of this. Check out the Vegan Society's website for ideas on how to veganize your life.

So Organic have a huge range of products suitable for Vegans and make them easy to identify with our Vegan icon. Green People and Lavera both offer an amazing range of Vegan products - everything from toothpaste to sunscreen - and if you've been searching for Vegan cosmetics Inikia Mineral Make Up is completely vegan and works like a dream. It's so easy these days to find animal friendly products that are actually really good, there's almost no excuse for doing it any other way.
Posted in Eco Issues General By