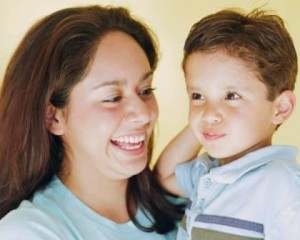 New research by one of the UK's leading reproductive biologists, Professor Richard Sharpe, has found that unborn baby boys are at more risk than ever of developing cancer and being infertile in their lifetime. Why? No surprise here - gender-affecting chemicals found in food, beauty products and cleaning products.

Chemicals found in pesticides, drugs, plastics and other household products have been linked to birth defects, testicular cancer and low sperm counts in men. As hormone disrupters they either prevent testosterone from doing its job or mimic oestrogen.

Because we don't yet have a definitive list of the chemicals (or combination of chemicals) it's best to avoid the all where possible. According to Professor Sharpe the most important time for women to take care is between the 8th and 12th week of pregnancy as this is the period where the foetus' testosterone production is most likely to be influenced by hormone-mimicking chemicals.

Given 1 in 6 men in this country have a low sperm count and the cases of testicular cancer has been doubling every 25 years in men in their 20s and 30s it seems imperative we take notice of these latest findings.

"Men who eat organically grown food may have nearly double the number of fertile sperm, say scientists researching the effects of pesticides." A quote plucked from the Soil Association from a 1994 news article (that's 15 years ago folks!)

Organic and natural seem to be the best answer yet again.
Posted in Eco Issues General By