Rain Cloud to Tap – What does your Water Really Cost?

18 January 2010
All over the world water is fast becoming liquid gold; in so much as it is rarer and more valuable than ever. The earth could easily provide enough drinking water for every person on the planet, the problem is, not every person on the planet is capable or has the facilities to do this; though for most it’s a lack of motivation or ‘need’ to collect their own water. To find our own water takes research, energy and a little know how to set up a self-sufficient water system.  In the UK, the ease of turning on tap and the lack of apparent importance placed on water usage make it easy for us to take this life essential substance for granted. 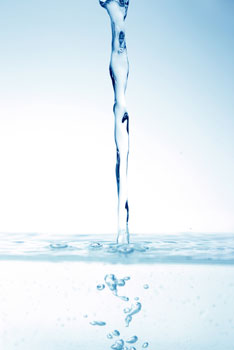 In other places in the world, particularly those with dense populations and dry skies, water usage is an issue being aggressively addressed. Back home in Australia we were brought up with water restrictions every summer (no running through the sprinklers in the hot 40 degree Celsius midday sun, turn the tap off when brushing your teeth, share a bath, only water the garden on your neighbourhood’s dedicated day etc). The worth of water is, I’m learning, as high a priority here in urban California as it is in urban Australia. In the San Francisco library yesterday I picked up a copy of the first issue of the National Geographic sponsored ‘Water for Tomorrow’ magazine which focuses solely on California’s water ‘situation’. Just this February gone Governor Schwarzenegger declared a statewide drought emergency in California predicting that as the result of both natural and manmade conditions it could be the longest drought that the state has ever known.

With a population growth of 9 million since their last drought and the alteration in rainfall patterns climate change is bringing, California finds itself in the midst of  major water crisis with farmers (or the feeders) feeling the brunt of it. The good news is it’s bringing about major efficiencies in technologies (farmers are shifting to lower value water intensive crops to higher value water efficient crops as well as improving their irrigation methods) and new legislations are being enacted to encourage water conserving in building systems as well as metering to measure individuals water usage.

According to Global Water Intel last year’s stats show London water costs us US $3.57 per cubic meter, in comparison to San Francisco who pays US $3.14. America’s water prices are indeed climbing due to shortages and they are doing something about it. The cost of water includes capital costs (maintaining the distribution system that brings water from source to you), upgrading and extending facilities, operating expenses, salaries of the water engineers and technicians… the list goes on. Basically there is a whole lot of set up and upkeep required to bring us the clear, liquid stuff. We rely so heavily on water yet seem to take it for granted… I know I do at least… until faced with the prospect of not being able to get any – to wash, to drink to cook with - then it’s a whole other kettle of... water!
Posted in Eco Issues General Sustainable Living By