San Francisco: The Green Illusion or A Simple Improvement?

16 January 2010
San Francisco is widely known to be one of the most environmentally progressive cities in the world and does indeed present that way in many cases. You walk down just about any street in the city and you’ll see signs of its eco friendly qualifications. There’s the ‘three person ride share’ lane on the highways going into the business districts, the ‘trees for the city’ signs on trees planted in aid of the campaign, recycle bins everywhere you go (from the cinema to the library), ‘share the road’ signs to encourage communion of cyclists and motorists on the roads, service businesses such as car washes and drycleaners advertising their eco credentials, organic fair-trade café’s galore and certainly less petrol guzzling SUV’s on the road than anywhere else in the country. Yes, if there were any city in the world that could call themselves ‘green’ it’s this one. Or so I thought… 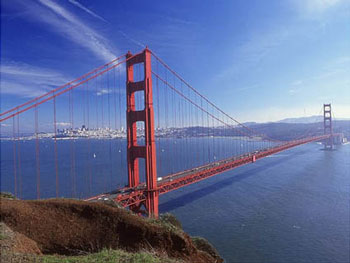 I read an article the other day in the San Francisco Chronicle about how the national standard for energy saving of buildings, LEED (Leadership in Energy and Environmental Design), is not performing as it should and that developers are using it to move projects through the system faster as well as charge higher rents. Though it rewards energy-efficient buildings that have features like low-flow water fixtures, bike storage, nontoxic paints and solar power, a new study has found that 25% of new buildings approved do not save as much energy as expected and most don’t monitor their energy use at all.

The good news is the national eco buildings standard LEED is improving with legislations being set in place to make owners of new buildings more accountable for their operations by requiring them to provide the first five years of utility bills in order to receive certification. But energy experts say there is a long way to go and the standards should be stricter. For a leading green city that has a history of setting the bar for radical and progressive ideas (think gay and women’s rights) one hopes the standards will be made tighter as soon as possible so that they will be embraced by other eco aspiring cities.
Posted in Eco Issues Eco Tourism Sustainable Living By