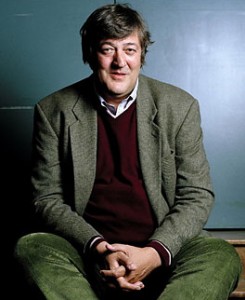 In his series Stephen Fry in America Mr Fry travels across the land of the stars and stripes in a black cab and along the way stops to talk to everyone from plastic faced Texan Billionaire's, Midwest hill billies, a hippy family living in an old underground American missile base and a few highway 61 truckers.

But why I write of him on the SoOrganic blog is that it seems apparent he's one of those brilliant eco warriors who very subtly spreads the message of environmentalism (that is, let's be on nature's side instead of dumping her with a load of toxic chemicals) to a very attentive public.

In his series Stephen talks to long time eco activist Ted Turner - more famous for his billions and being married to Jane Fonda than his radical eco ethics. Ted once sent out 5,500 copies of Plan B 3.0: Mobilizing to Save Civilization by Lester R. Brown to the U.S. Congress, Fortune 500 CEOs, the world's billionaires and the European Parliament. Plan B is a brilliant book that says it how it really is. Plus it gives real solutions for how our governments, cities and selves can turn global poverty and climate change around. 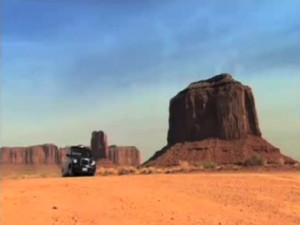 In middle-America Stephen visits a small community that built a home 38 years ago that is still at the cutting edge of sustainable housing. Washing water is recycled through the plants growing inside the home, which could feed and sustain a family of four with no take from the outside world. There is a TV and other electrical gadgets you'd find in every home but is in now way reliant on fossil fuels. Instead they use solar voltaic panels to power the buildings. Nothing is wasted. It's completely sustainable.

Stephen is not on an obvious eco mission. His series isn't called ‘Lets get together to save our planet' or similar green cheese. Perhaps the people and places he visits are just a reflection of the increased activity in this new era of climate change protection. Who knows, I've not had the opportunity to ask him. But I do have the feeling he might just be on team Ecoearth.
Posted in Eco Issues General By