The Wise Old Owl Puts a Stop to Pesticides 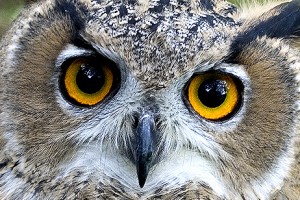 Israeli farmers have found a wonderful new pest controller and alternative to chemical pesticides to keep their crops in good health. The reason farmers are so interested in owls is because they hunt rodents that eat and damage their crops.

What started as a few farmers placing nest boxes to encourage owls to live near their crops has turned into a government funded country-wide scheme with nearly 1,000 nest boxes scattered throughout Israel.

The quicker the programme is adopted by all farmers in Israel, the better off their crops and the local owl will be. Hundreds of birds of prey, some endangered species, have been killed when they eat rodents that have eaten the pesticides laden crops.

As the newest pest controlling officers owls will not only help Israel dramatically reduce their pesticide usage. Scientists and conservation experts in Jordan and Palestine have also started to adopt the principles of the Global Owl Project.

The project has expanded to include kestrels, which hunt in the day whilst the owls cover the night shift. With this constant attack pests stand almost no chance.
Posted in General By