Time for a New Food System 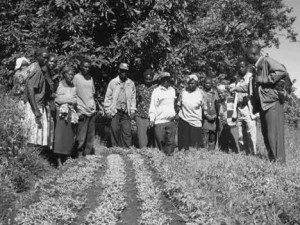 Global food sources and the systems created around them to move from soil to plate are up according to analysis by the Food Council - newly formed initiative set up by the UK government. Where once maximum output to feed the growing population and improve diets was once the primary concern, now the environment is being taken far more seriously in the consideration to end hunger.

The Food Council has set out to address the main issues that face the UK food system factoring in what is happening else where in the world. These issues include: Water Scarcity (the UK imports half of its vegetables, mostly from water stressed countries so the council are looking to assess food by water requirements); Oil and Energy (despite the increasing availability of organic produce we still have a food system reliant on oil - it's a common fact that we're running out of the black gold... oh and it's not exactly the friendliest fertilizer for our planet); Biodiversity (we must re evaluate our monoculture practiced, land intensive farming methods if we are to create a truly sustainable food system) and Urbanisation (with the great move from country to city how are we going to avoid importing food? More rooftop gardens perhaps?).

How can we help? It can't be said enough - plant our own (stop depending on drought sore African countries), buy organic (pesticides and fertilizers are oil based), and support local producers that practice biodiverse farming methods.
Posted in General By