Too Little Too Late for Agricultural Carbon Emission Reduction Targets? 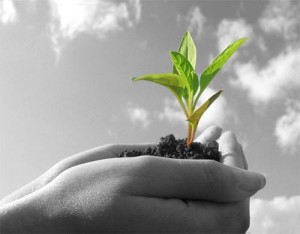 The first real plan for reducing greenhouse emissions has been formulated by the government. The target in the new Low Carbon Transition Plan for farming is to reduce emissions by 6% over the next decade. Many say this is not high enough, others believe it is a achievable goal to reach for.

The Soil Association say this is a considerably ‘modest' target and a short-term when considering the huge reductions we must make by 2050. They point out that the ‘farming industry risks having to make massive cuts of over 70% between 2020 and 2050' if they start a slow 6% now. What's more the proposed reductions of carbon emissions from farming will only contribute 4% of the total the Government are hoping to save by 2020.

The Government say that their Transition Plan will ‘help protect the equivalent of over 37 billion tonnes of carbon dioxide that is currently locked into natural reservoirs of carbon in our soils and forests'. But there is nothing in this plan that reduces the loss of carbon from agricultural soils.

The Rodale Institute (a non-profit organisation which researches organic farming) in the US points out that conventional farming adds 925 billion pounds of CO2 to the atmosphere each year whilst organic farming can reduce CO2 by 1.1 trillion pounds per year by sequestering CO2 and reducing fossil fuel energy (ie commercial fertilizers which require a lot of energy to produce and distribute)

They also say that on a global scale, soils hold more than twice as much carbon as terrestrial vegetation and ‘practices like reduced tillage, the use of cover crops, and incorporation of crop residues can dramatically alter the carbon storage of arable lands'.

Perhaps more incentives for organic farming from the Government may help the agricultural industry surpass this meagre 6% target.
Posted in Eco Issues General In The Press By