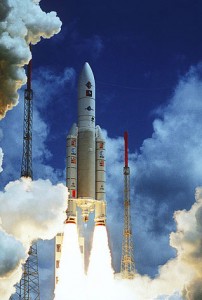 Perchlorate, an ingredients used to make rocket fuel, has been found in 15 brands of powdered baby formula in the US according to a recent report from the U.S. Centers for Disease Control and Prevention (CDC). The rocket fuel ingredient can interfere with brain development, particularly in the younger years but can also cause health problems later in life.

Apparently the contaminated formulas are at safe levels (is there really such a thing?) but it is when the formula is mixed with tap water that contains even small amounts of perchlorate the combination can raise the toxic level into unsafe territory. Perchlorate has been found in 28 states and territories in the US said the EWG (Environmental Working Group) who are running a campaign to reduce the level of toxins in drinking water. 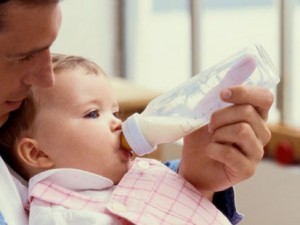 The EWG is a non-profit, impartial research organization that promotes healthy and sustainable policies. It has called for parents and caregivers everywhere to help with their campaign by asking them to demand the EPA (Environmental Protection Agency) to remove perchlorate from tap water and check directly with formula companies on contamination in their product.

Although we haven't heard of similar problems here in the UK if you are at all concerned about the quality of your drinking water try out a Reverse Osmosis Water Filter from Freshly Squeezed Water. It's much cheaper and better for the environment than bottled water and you'll have a constant supply on tap.
Posted in General Organic Baby By