Xenoestrogens - Why Should We Be Avoiding Them?

30 October 2009
Firstly, what are they?
Xenoestrogens are ‘foreign oestrogens'. That is, they are chemicals that mimic the natural oestrogen in our bodies. They are found in pesticides, plastics, the pill and HRT. Often called endocrine (hormone) disrupting chemicals; the reason we should all take care to avoid these oestrogen mimics is because they wreak havoc on our hormones. 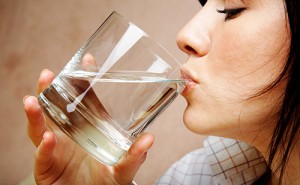 Xenoestrogens do not break down in our water supply. Though the government says they are safe but an increasing amount of studies have been proving otherwise.

The male fish in our rivers aren't faring too well either. DEFRA research found that a third of all male fish in the UK rivers have developed female sex organs and have produced eggs.

Eat organic. Nearly 4,000 fungicides, insecticides and herbicides are approved for us in the UK and many are used to grow the fruit, veg and other food found on the supermarket shelf.

Avoid plastic. Xenoestrogens love fat so don't store meat and dairy or other high fat foods in plastic wrap. Also avoid microwaving any food in plastic containers. You could also get yourself a good water filter for the home. The reverse osmosis filters are able to remove the oestrogen in water.

Go natural. Use truly natural cleaning products in the home and use natural toiletries and other body care products. It's estimated that a woman uses on average 12 different toiletry items a day. For someone using conventional products they may be exposing their skin to more than 170 chemical compounds every day.

The affect of the cocktail of these chemicals is virtually unmeasurable but as more research uncovers the influence foreign oestrogens are having on our bodies it's expected organic and natural products will be receiving an even bigger up.
Posted in Beauty Eco Issues General By